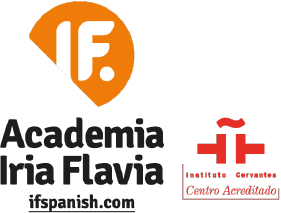 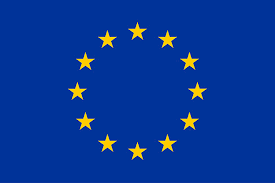 There are many reasons to choose Santiago as your study trip destination. It is small: 90.000 residents and 45 minutes of walking distance between their opposite ends. It is also quiet and welcoming. It is a really friendly city.We do not want to bore you, but Santiago has been largely awarded not only for the treasures that shelters but also for the carefulness invested in them.

World Heritage Site by the UNESCO.

Award Europa Nostra, for the restoration policies concerning the cultural heritage in the city's historic centre.

Compostelanos like to socialize on the streets: tapas at noon, joyful times in a cafeteria in the monumental area, sunbathe in the Plaza da Quintana or listen to the Municipal Music Band at Rúa do Vilar on Sundays

It has quality services, as it is the administrative capital in Galicia and base to its regional government. It is home to one of the oldest universities in Spain (a yearly amount of 35.000 students) and it is the end of the Camino de Santiago.

It is not only a centre of religious pilgrimages. It is a young and exciting city: a third of its population are university students.

It possesses a cultural and leisure offer that lasts all year round, with yearly programmes in the Auditorio de Galicia, in theatre halls, museums and on the city's streets and squares. There are specific times when this offer becomes more intense: Cineuropa in November; concerts for every taste during the Apostol festivities in July and the Ascension in May; traditional celebrations along the streets on Saint John's night in June; open air dance festival in June…

The origins of the city trace back to the tenth century. It is a beautiful town with a great historical and artistic value. A World Heritage Site, as the way that leads to it, and with one of the biggest and best preserved historic centres in Spain. It is surrounded by a large number of parks and green areas with easy access and well integrated in the city.

It is extremely well located, equidistant from the main cities in Galicia and with good communications to them: A Coruña to the North and Vigo to the South. It is also one hour away from the best beaches in the North of Spain. As well as having good travel connections with the North of Portugal. But especially, Santiago de Compostela is lesser known as destination for linguistic trips. It does not suffer the saturation of foreign students which happens in other more traditional destinations.

As you can imagine, we can boast about a long list of monuments which you could enjoy when you come, but what we are really excited about is wandering through its welcoming streets, day and night alike. Either on a sunny or rainy day (here we say that in Santiago the rain is art). All the monumental area is pedestrianized and keeps its medieval structure, with narrow streets (sometimes so narrow that only one person fits) and colonnades that provide shelter from the rain.

How to get to Santiago de Compostela 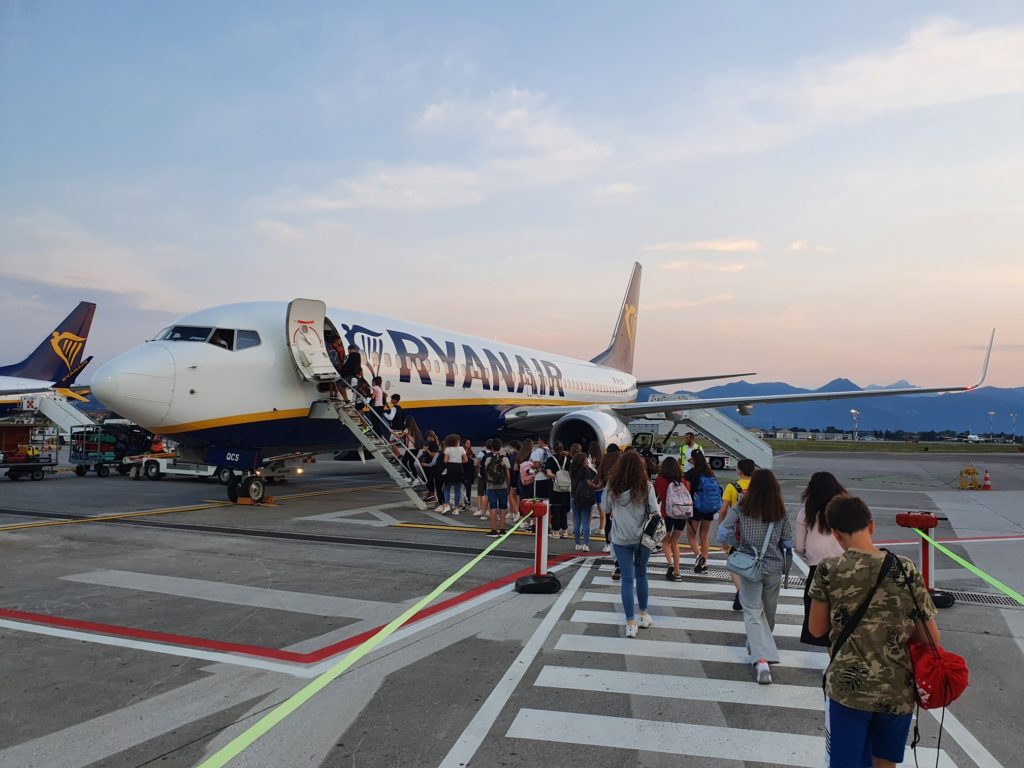 Santiago International Airport is just 9 km. from the city centre. 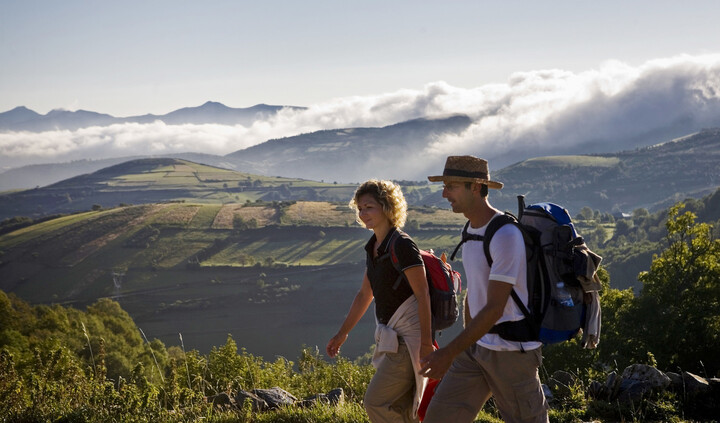 What is El Camino?

As the legend goes, in the 9th century, a hermit named Pelayo (Paio in the Galician language) who lived in the Libredón forest (where the current Compostela is located), saw some strange lights over an old Roman necropolis.

The reasons to do the Camino are many: a sport challenge, a quest for the authentic and oneself, religiousness, contemplation of rich and different landscapes, the pleasure of the gastronomy, a taste for the adventure, the knowledge of the extraordinary cultural and architectonic heritage, a possibility to socialize with people from different cultures and languages...Any of these reasons make the Camino a thrilling and unique experience. 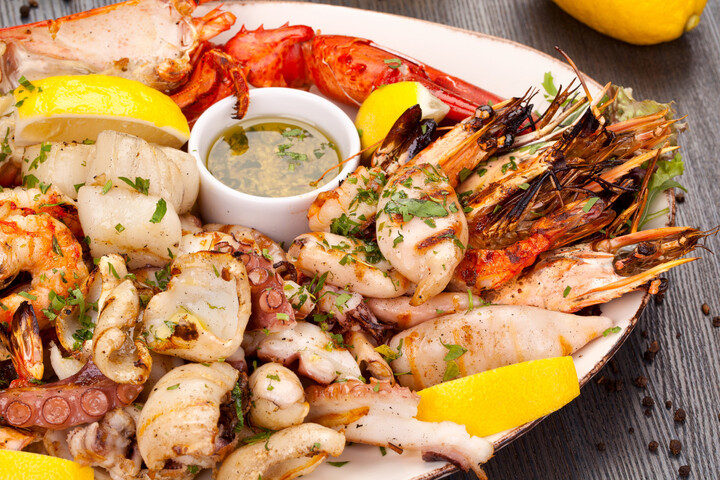 Galicia is famous all over Spain for its gastronomy due to the excellent quality of its raw materials: seafood, fish, meat, vegetables...In Santiago you can find all sorts of delicacies brought from the vegetable gardens and ports nearby.
Info

The offer is really ample and you can find choices for every pocket: exclusive restaurants, affordable restaurants, seafood restaurants, wine bars and traditional bars. In the latter you could enjoy the famous tapas (bites that in the majority of the establishments are free of charge) with the drink of your choice.

Also, and since Santiago is a university city, is filled with restaurants offering daily menus at low cost.

o start getting into the city's spirit, you can have a stroll around the Mercado de Abastos (Food Market)located in the monumental area, and so you could discover the products from the region. You would love the hustle and bustle and the festive atmosphere in the place, surrounded by small shops and charming restaurants.

If you wish, you can buy in the market the products that seduce you the most, and for little money, some of the restaurants would cook it for you on the spot.

Remember that Thursdays are the best days of the week because the female farmers from the surrounding areas sell their products directly to you in the market.

Everybody in Galicia loves parties, also do the people from Santiago. And if they are an excuse to eat and drink, we like them even more ? .

In order to not tire you, hereby we describe you the most important festivities, but they are only a selection that we love!

FESTIVITIES OF THE APOSTLE SANTIAGO

They are the most important festivities in the city with celebrations during the second fortnight in July. The twenty-fifth of July is Galicia's day and so, a regional festivity. The celebrations last 15 days and mix the religious and official festivity with popular parties. The whole city is transformed and you can find amusement and fun nearly everywhere with big music concerts on the main streets which surround the Cathedral, smaller gigs on smaller squares in the monumental area, magic and clown performances, juggling...non-stop fun for all ages during two weeks!

The twenty-fourth and twenty-fifth are the big days. On the night of the twenty-fourth there is a spectacular fireworks show in honour of the Apostol, burning at the same time the huge pyrotechnic castle that resembles the Gothic facade of the Cathedral.

When July the 25th falls on a Sunday, we celebrate the Compostelan Holy Year.

FESTIVITIES OF THE ASCENSIÓN

Celebrated in the month of May, 6 weeks after Easter, all over the city and for a week. They are the most important festivities after the apostle's, in July.

As well as the cultural activities (concerts, theatre, street parades, etc...), we celebrate the most important and particular livestock fair in the whole year. During these festivities it is common to go enjoy a dish of pulpo á feira to the stalls in the oak groves of Santa Susana, where you could also enjoy the rides and the food stands.

San Pedro is one of the most special neighbourhoods in the city due to its communal spirit. Since 2004 a group of people decided to work on recovering the traditional festivities in the district, but also updating them. At the same time, the area has been filled with beautiful shops and new businesses managed by young people, who have boosted the area keeping the nature of its past. For all this we recommend you to go for a walk in the area, either on festivities or not.

On June the 23rd, the summer solstice, we celebrate the magic night of San Juan, ancient party across many many cultures, to mark the start of the summer, the moment of maximum sunlight, the longest day in the year. On that day the city is filled with bonfires that the Compostelanos jump to repel witchcraft and curses from the meigas (typical name for the Galician evil spirits). The busiest bonfires are those in the historic town.meigasThat night we grill sardines in the open air accompanied by red wine and empanandas. There is also a lot of music, mainly traditional.
The purifying rite of the bonfires is complete through another rite of water and magic plants, which are left in water during the night to wash ourselves with them in the morning. This is why every June the 23rd the Mercado de Abastos smells of wild flowers in the morning (thyme, mint, camomile, roses...) that are sold in bunches in stalls in that day only.

The rhythm of the city is imposed by the university students and the comings and goings of the pilgrims who visit us. So the city hardly sleeps and it is easy to find a place to meet with friends at nearly any time in the day or at night.
La oferta cultural es constante y variadísima: exposiciones de pintura y escultura, conciertos de diversos estilos musicales, actuaciones callejeras, ciclos de cine, ciclos de teatro, visitas guiadas a museos y jardines, exposiciones de artesanías…
You can also walk around the city with absolute safety and discover the city on foot without the necessity of a car.